Join the conversation, comment on Notices and comments. Vote them up or down.

Point at the star/spheres to see the comments. Use the dropdowns to add your own.

Since February of this year the United States congress has voted for $80,000 Million worth if weapons to be shipped to the Ukraine. That means big profits for the American Military Industrial complex paid for by the American taxpayer.
27

It also means thousands of people killed or maimed and unquantifyable damage to property in the Ukraine.
0
It’s unbelievable how they can get away with this. They being the US neo-Con deep state.
0
Until the War in Iraq I didn't realise the extent to which Jewish people in high positions and working as a group were influencing US foreign policy with significant consequences for people from other groups and nations. And that this was being done behind closed doors in a secret way.
22

Once you understand this understanding what's going on in the world today become much simpler.
-1
The zealot Zelinsky, spawned by the Jewish oligarch funded TV series about …. I can’t remember what. Has been received favourably by media organisations like the BBC, who have given him free reign to spout his bollocks, and people believe he is a good person!!!! He represents a small faction of people living in the Ukraine. Many people living in that area are not articulate like some Jews and aren’t able to express their side oc the coin. The Cossacks said ‘Throw the Jew down the well” but they were virtually eliminated by the Jewish/Bolshevick red army after the Russian revolution. There are many factions in the Ukraine that Zelensky doesn’t give a flying F about and the Western Media doesn’t take the time to find out about!
29

The yids in Washington DC are responsible for the war!
25

They think because Russia supported Syria in the Middle East they need to weaken her or bring her under their influence in order to protect Israel. AIPAC
2
It’s totally incorrect the way Jews can say the Goyim annoy them when it virtually impossible to criticise Jews in America. I’m not sure why that is but the descendants of the English/British sailors who crossed the Pacific back in the day would have never believed that they would loose their power to another group who controlled the opinion disseminated through newspapers and the media.
-1
A deal could be done with Putin/Russia to bring the war to an end if there was some agreement that Ukraine doesn’t join NATO but they can be part of the EU or something.
22

It is not a “ war” rather a murderous invasion of a peaceful sovereign state by the Killer in the Kremlin, the brutal dictator with gallons of innocent blood on his hands. Do you. Not remember British citizen Alexander Litvenenyko, killed with polonium 210, a substance only available to KK , killer in the Kremlin. I could go on to list the many poisoned, defenestration, shot (Boris Nemykov), shot & poisoned (Anna Polykovskaya), hanged, poor old Beresovky, - or how about the destruction of Grozny - I could go on but you won’t listen - this psychopath cares nothing for human life, particularly that of his own people who he sends to the slaughter on a daily basis. Putin’s Russia, kleptocracy & police state - what sort of person can defend this monster’s actions
22

Your demonisation of Prince of Darkness Putin - fyi - no need to demonise a proven mass killer is there now - & world’s number one kleptocrat - he’s had plenty of mud thrown at him and he acts as a smokescreen for the hidden agenda of the Washington deep state.
0
How can you work out what the causes of the war are when all the information you find on the news is “disinformation” (or highly suspect )!?
37

Certainly, back in the day, the information we got on the News was “True” and from a cohesive group that we knew had the Nations best interests at heart, now, we don’t know where it is coming from!
1
Imagine you’re a meerkat, you want the warnings you get from your lookouts to be correct? Look at today’s corporate media news, they don’t want you to know what’s going on, they just want to blind you with celebrity gossip, withhold the truth and hope that you won’t realise what’s actually going on!
1
I see the cause of the war Ukraine being advised that it can become part of NATO if it wants to. Russia/Pufin haz said many times that would be an existential threat to Russia because that would enable NATO to place missiles on the Ukraine/Russian border that would reach Moscow in 6 minutes. The US has already set up a missile site in Romania!
26

NATO is basically the US and if they had missiles on the border to Russia they could hit Moscow from the Ukraine the follow up with troops coming through Ukraine. The same way Napoleon and Hitler went. The US could then do a “regime change” and install thei r people in strategic positions of power!
2
One has to understand how the press and so called "learned articles" can be used by Washington working through the various institutes that can be called to comment on US television networks and in newspapers, one has to understand how this process can be used to demonise foreign leaders like Assad or Putin to domestic audiences in Europe and the US and this is used to justify the US led wars.
29

If the vote in the mid-term elections goes against the democrats in congress, republicans have been saying there should be no more government money for armaments for the Ukraine. That would change the situation and move things towards a negotiated settlement which would be a good thing!
20

DEBATE ABOUT WAR IN THE UKRAINE 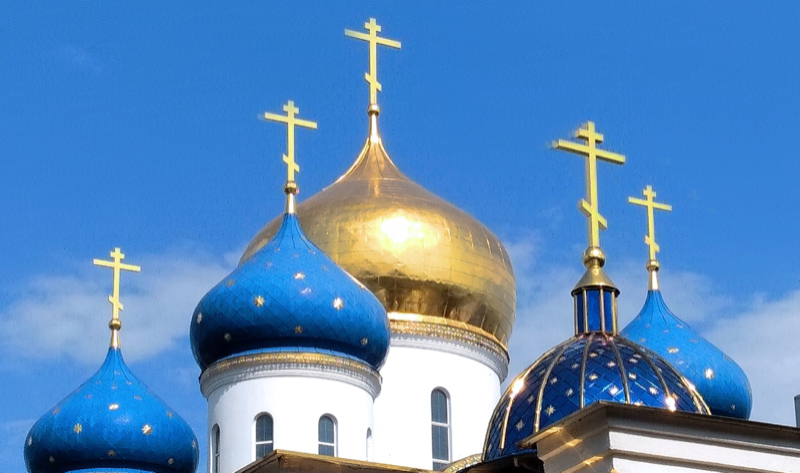 What do you see as the causes of the war and how could it be brought to an end?